Legislation to Require the Labeling of Genetically Modified Food

Home » Legislation to Require the Labeling of Genetically Modified Food

Legislation to Require the Labeling of Genetically Modified Food 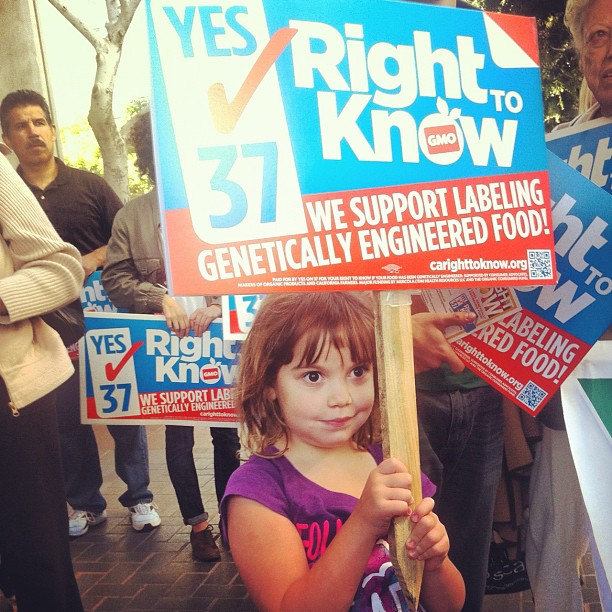 There are currently no federal guidelines that mandate the labeling of GM foods. Agencies our government relies on for expert advice, such as the National Academy of Sciences, have deemed GM crops safe and not materially different from traditional crops. However, other countries, including the European Union, Japan, Australia, and New Zealand do have such laws. In the past few years, numerous states have placed citizen-driven initiatives on their ballots that would require labeling of GM foods. To date, all of these propositions have failed, including Proposition 37 in California (2012), which serves as a good example of what these types of initiatives strive to accomplish. The California Voter Guide gave a summary of what the vote meant,

a NO vote on this measure means: genetically engineered foods sold in California would continue not to have specific labeling requirements.

Requires labeling of food sold to consumers made from plants or animals with genetic material changed in specified ways. Prohibits marketing such food, or other processed food, as “natural.” Provides exemptions. Fiscal Impact: Increased annual state costs from a few hundred thousand dollars to over $1 million to regulate the labeling of genetically engineered foods. Additional, but likely not significant, governmental costs to address violations under the measure.

Those that supported Prop 37 argued that regardless of the science behind GMOs, it is the consumers’ right to know what is in their food and how it is produced. They argued that other countries label their food as genetically modified, and if the companies responsible for the GM crops have nothing to hide, there shouldn’t be any reason not to label. Numerous companies, and many farmers, opposed Prop 37 on the grounds that there was no clear standard for what should be label as genetically modified. They also argued that the cost of labeling would be passed on to the consumer and result in increased grocery bills. Ultimately Prop 37 failed, like all other previous propositions in other states.