The produce sections of many supermarkets are stocked with large, bright, flavorful fruits and vegetables.  The shelf appeal of these vibrant fruits and vegetables, coupled with the convenience of options like seedless grapes and watermelons, is due to artificial selection and other plant breeding techniques.  Most consumers don’t associate these foods with genetic modification. Instead, the phrase “genetically modified organism” (GMO) is reserved for plants, such as Roundup Ready corn, that have been produced by agricultural companies in order to maximize profit. In recent years, the wisdom and safety of genetically modified food organisms has been questioned, although no scientific evidence supports these fears.  Many companies choose to label their products “GMO free”, furthering the belief that anything “GMO” should be avoided. The recent attention given to GMOs could lead to the conclusion that modifying crops is a new phenomenon, but history and genetics tell us a very different story.  While it is true that genetic engineering has allowed changes in the properties of food crops to happen faster than ever before, humans have been using their knowledge of genetics to breed desirable plants since the agricultural revolution.  Today, scientists can determine the effects of historical genetic modification in food crops by comparing the properties of the plants found in grocery stores to plants found in the wild. The results demonstrate significant differences in nutritional content. 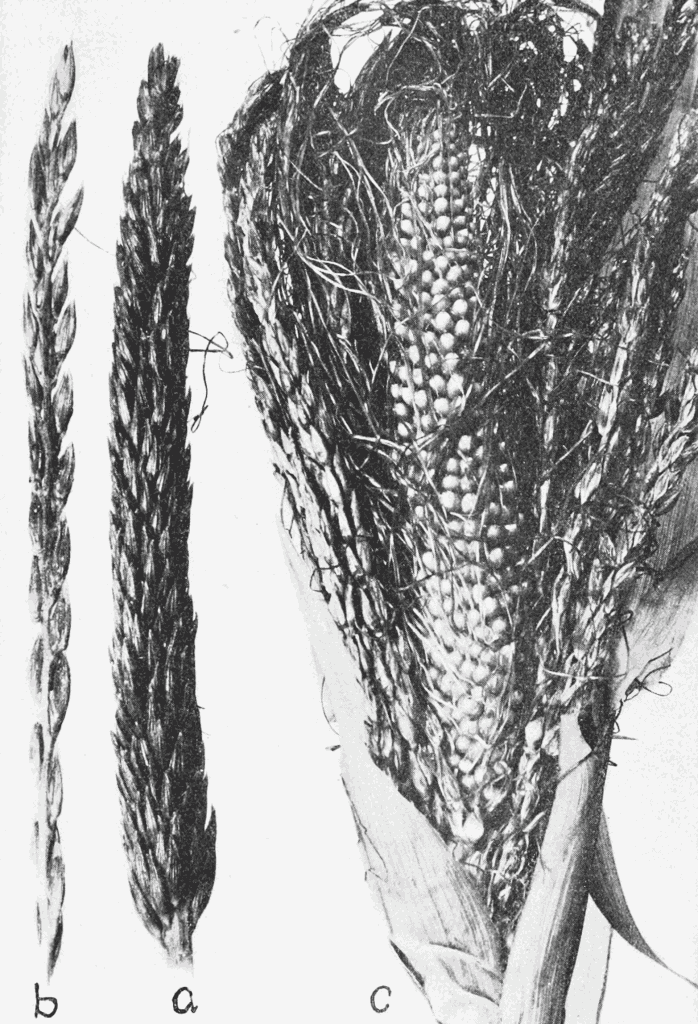 In the ten thousand years that have passed since the advent of agriculture, the crops we eat commonly have lost most of their phytonutrients.  Phytonutrients are biologically active compounds found in plants. They are associated with cancer prevention, and reduction of the risk of cardiovascular disease, diabetes, and dementia. Anthropological records show that the average lifespan of people living thousands of years in the past was shorter, but they died of different causes than modern people.  Instead of suffering degenerative diseases, they usually died from infection or injury.  These lower instances of disease could be a benefit of a diet higher in phytonutrients.  Despite the potential to improve our health and prevent disease, we tend to consume very few phytonutrients.  In fact, they are difficult to find in the grocery store! This is because they tend to taste bitter, sour or astringent when found in high concentrations.  From the earliest years of agriculture, humans have bred crops to suit their preferences, and as a result phytonutrients were bred out of their food.

The evolution of food crops follows two major themes: preference for sweet tasting crops, and a tendency of farmers to plant crops low in fiber, and high in sugar, oil, or starch.  Compared to people living in modern industrial societies, people in the past led more physically demanding lifestyles.  However, because of breeding that started years ago, the genes that code for high phytonutrient concentration in certain fruits and vegetables have been selected against by humans and effectively wiped out of crop populations.

The list of foods which have lost their phytonutrient value is extensive, but there are a few interesting crops that illustrate the general trend of phytonutrient loss.  Spinach is considered one of the healthiest foods available today.  However, Native Americans once snacked on wild dandelions, which have seven times more phytonutrients than our modern “superfood”.

Sweet corn, a popular side dish at summer dinners, is descended from teosinte.  Teosinte does not have the same bright white appearance as modern sweet corn.  In fact, it bears little resemblance.  Several spontaneous mutations in the genome of teosinte transformed it into a tastier crop, and our ancestors planted it in their gardens.  Teosinte was the staple of the diets of North and South Americans before European colonization in the 1400s. English settlers in North America noticed the colorful corn, composed of red, purple, and black kernels which they dubbed “Indian corn”.  The European settlers expressed a preference for the sweeter white corn, and planted those varieties in their gardens.  We know now that the colorful kernels actually contain anthocyanins.  A type of phytonutrient, anthocyanins fight cancer and inflammation, and combat cholesterol and high blood pressure.  Most of the corn sold on today’s supermarket shelves and farm stands descends from the sweet corn preferred by European settlers, and lacks much of the nutrients that “Indian corn” once offered.

For corn lovers looking to get some health value out of their meal, nutritionists suggest looking for varieties with deep yellow kernels, as these contain more anthocyanins than white corn.  Blue cornmeal is available for cooking (imagine blue cornbread!) and offers more nutritional benefits than white or yellow cornmeal.

Nutritionists offer some hope to those looking to recoup the losses of nutrients in their food.  Scallions have changed little over time, and have about five times more phytonutrients than most other onions.  Arugula should be the lettuce of choice for those seeking phytonutrients.  Scallions and arugula both have a bitter taste, and this is due to the high phytonutrient concentration.  Herbs and spices, which have been preserved for their unique tastes, also offer phytonutrient benefits.

Armed with good information about nutrition, it is possible to make food choices that benefit our long term health.  However, even if we seek to maximize our intake of vegetables and fruits, we still may not be getting all the nutrition we need because modern crops don’t carry the nutritional value of their ancestors.  Could genetic technology be applied to increase the phytonutrient value of modern day food products?  Would you consume foods that have been intentionally genetically modified in the direction of their more nutritious ancestors?