In an audit released in June 2014, it was confirmed that at least 39 women were illegally sterilized in California prisons from 2006 to 2013. Nearly 150 women prisoners underwent surgical procedures for sterilization by bilateral tubal litigation, commonly known as having one’s “tubes tied”. An investigation revealed that proper consent for the procedure was not received from at least 39 of these women. This number could be higher, given that seven cases were found at a prison hospital whose full records were unattainable due to routine purging.

The 39 cases of illegal sterilization violated two California state laws. In 19 cases the doctor performing the operation never signed the consent forms. In the other cases the mandated waiting period between when a woman consents to the surgery and when the surgery occurs was violated. According to California state law, doctors must wait 30-180 days after consent to perform the sterilization procedure.  Not only was this waiting period violated, papers were also forged to indicate that the doctors had actually waited the appropriate time. 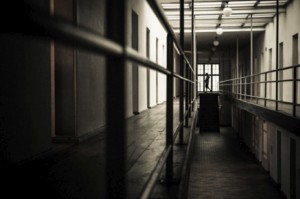 According to the independent, nonprofit Center for Investigative Reporting (CIR),inmates were signed up for sterilization surgery while pregnant at two California prisons for pregnant inmates, the California Institution for Women in Corona, and Valley State Prison for Women in Chowchilla. In 2013, Valley State became a prison for men.  Former inmates from both institutions claim that prison medical staff coerced women to obtain the procedure, targeting those with many children and those whom they deemed likely to return to prison in the future.  Dr. James Heinrich, Valley State’s OB-GYN, described the $147,460 spent on sterilization as minimal,

“compared to what you save in welfare paying for these unwanted children – as they procreated more.”

These cases of questionable sterilization are not the first in the history of U.S. prisons. A U.S. Supreme Court ruling, as well as lawsuits tied to public outrage over eugenics and similar sterilization abuses in Alabama and New York in the 1970s, led to the requirement for doctors to fully inform patients. Under these rulings, it is illegal to pressure patients, or ask for consent for sterilization, during labor. However, in 2010 during her incarceration at Valley State, Kimberly Jeffery claims she was pressured by a doctor while she was strapped to a surgical table and sedated for a C-Section. Jeffery recollects, “He said, ‘So we’re going to be doing this tubal ligation, right?’ I’m like, ‘Tubal ligation? What are you talking about? I don’t want any procedure. I just want to have my baby.’ I went into a straight panic.” Jeffery was not sterilized. After further investigation into Jeffery’s copies of official prison and hospital medical files, CIR found the records to indicate Jeffery rejected a tubal ligation offered during a prenatal checkup in December 2009.  A second refusal for tubal ligation was recorded after Jeffery arrived at the hospital for her C-Section, one month after the first refusal.

In general, the state prison health department has agreed with the findings of an audit and noted in a written response that it has taken steps to improve the conditions for inmates. Legislation was signed by Governor Jerry Brown on September 25th, 2014 that will prohibit California prisons from performing sterilization procedures on women for the purpose of birth control. Senate Bill 1135, introduced by Senator Hannah-Beth Jackson, additionally prohibits sterilization of women prisoners except in cases where the patient’s life is in danger or it is needed to treat a medical condition. The bill also requires a second physician to consult with a patient about the effects of the procedure. Prisons performing sterilizations under these conditions are required to annually report the number, reason, and surgical method, along with specific patient information. The bill also provides protection to personnel who report abuse.

Whether or not women prisoners procreate after their incarceration should not be decided by prison medical personnel, especially without consent. We must learn from the horrors of the U.S. eugenics movement in the early 20th century. Dr. Heinrich’s earlier statement regarding sterilization as a means for saving welfare funds is eerily similar to a quote from Supreme Court Justice, Oliver Wendell Holmes. In 1927, Holmes wrote the majority opinion for Buck vs. Bell, a case testing Virginia’s law allowing forced sterilization in cases of mental defect. He stated,

“It is better for all the world, if instead of waiting to execute degenerate offspring for crime, or to let them starve for imbecility, society can prevent those who are manifestly unfit from continuing their kind… Three generations of imbeciles is enough.”

If we respect many human rights in prison, such as freedom of religious expression, why are reproductive rights receiving less protection? Additionally, with our understanding that a lack of respect for human rights has caused significant harm in the past, where is the public outrage? While many of the major news outlets covered this story, public response was minimal. There were no protests or top trending topics on Twitter and Facebook. Procedures are being performed, without proper consent, on individuals in a vulnerable population that permanently terminate their ability to reproduce. Where will we draw the line to keep from repeating the misdeeds of the past?